Songwriter of the Year

2021 SONGSALIVE! SONGWRITER OF THE YEAR

We're excited to announce the recipient of the 2021 Songsalive! Songwriter Of The Year Award: DONNY GRACE
​
​Donny Grace has 5 decades under his belt of performing singer-songwriter, guitar, keyboard, and bass player, as well as arranger and producer.  He  has done everything from play in bands to session work, Broadway stage productions to TV show appearances, singing in church to performing solo at writer night venues including many of the noted spots around Nashville. An award-winning singer-songwriter who is a 6-time winner at the Mountain Valley Arts (MOVA) Songwriter Festival, including “Best of Show”, which he and his wife, Susan, won in 2007. Along with his own songwriting and productions, Donny has worked extensively with up-and-coming artists writing and producing and helping them find the road to success, which included 12 years in which he served as a NSAI Regional Coordinator. He is consistently our #1 Top Member in the Backstage, engaging with other songwriters and our activities at Songsalive! And his dedication to his craft as well as our community, and the songwriters community at large earns him this esteemed award.
Congratulations Donny.

Since 2010, Songsalive! honors one songwriter each year with the Songsalive! Songwriter Of The Year Award, to a songwriter who shows exemplary talent and commitment to ones art of writing songs and the community around them; carefully by a handful of judges and our Board.

We base this prestigious award on this CRITERIA:

HOW CAN I BE CONSIDERED FOR THE AWARD?

You need to be a current Songsalive! Pro Member to be considered, who has been a longtime supporter of our community and fits the criteria above. We do not accept nominations. The award is determined by our Board at its discretion based on the criteria above, once a year.

2019 SONGSALIVE! SONGWRITER OF THE YEAR

We're excited to announce the recipient of the 2019 Songsalive! Songwriter Of The Year Award: Nancy Kelel. Read below. 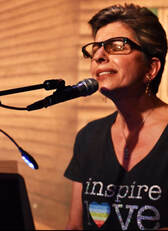 2019 Recipient - Nancy Kelel Follow Nancy Kelel on Instagram at www.instagram.com/nancykelel
We've also added some of our favorite tracks to the Songsalive! Indie Undeground Playlist on Spotify 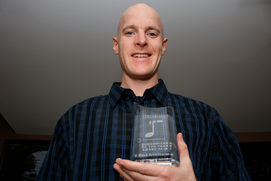 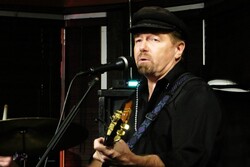 2015 Recipient - Kip Corley
​Kip Corley is a prolific songwriter who also takes the time out of his busy "day job schedule" to regularly gig around town and get his name known -- both solo and with his band Knightlyghter. He's a frequent face at songwriting workshops and music conferences around Southern California -- he has shown that he is serious about his music career. He also helps at our OC Squad, and we've watched him, over the years, develop as a strong songwriter, plus as a extraordinary and entertaining live performer.
Bio, in his own words: My first musical influence was an Elvis Presley movie on I saw on TV. I Think it was Love Me Tender. I told my "Grandma" that I wanted that man to be my daddy. She had a hard time explaining to a 4 year old how it didn't work that way. My first Album and every consecutive album was Elvis. I started writing songs at about 9 years old. The first one was to the tune of an Elvis song (surprise, surprise!). Then I started writing my own lyrics and melodies. My best friend turned me on to Neil Diamond who wrote and played his own songs. I then became a Neil fan also and taught myself to play guitar so I could accompany myself on my songs. I started band, we played original songs and covers. Time went on, life went on, marriage, children, work, moving to better and better neighborhoods until we ended up behind the "Orange Curtain". I'm currently performing as a solo and with my band KNIGHTLYGHTER in and around Orange County. We play what I call "Classic Pop". It's a mix of Classic Rock, Oldies, 70's (my favorite), Country and a few Originals now and then. Visit Kip at www.kipcorley.com 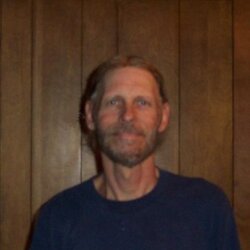 2014 Recipient - Paul Rasmusson
Paul started his musical career playing piano, guitar and singing in his early teens in Helena, Montana. A few garage bands later, he set off as a solo artist for a period lasting more than a decade. When the “solo life” took its toll on his writing, Paul took a sabbatical that lasted several years. After experiencing a creative breakthrough, Paul got serious and returned to songwriting, adding recording and studio engineering to his repertoire. As a result of his reflective time out, he began writing songs that earned him the “Body of Work” award from Song of the Year for consistent, high quality song submission and was a finalist in the Country Music category which earned him several Honorable Mentions. These awards were followed by additional Honorable Mentions in the Billboard Song Writing competition. Encouraged by his success, he began writing in alternative musical styles such as pop and independent, focusing mostly on writing for himself as an artist. Side projects resulted in the theme songs and bumper music for the Atomic Dog Radio show, a dog training show airing on over 120 AM radio stations across the United States as well as the webmercial of  bay area auto supply company “Wheelaroo”. He also contributed two songs on the Songsalive! Compilation CDs from 2012 and 2013 before winning the Songsalive! Songwriter of the Year award for 2014. 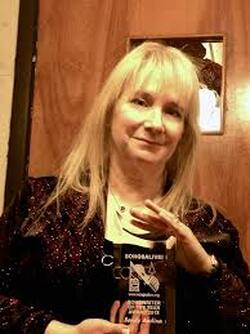 2013 Recipient - Sandy Andina
Sandy Andina is a veteran of the Chicago folk scene, with detours along the way into rock & roll, comedy, politics and motherhood -- all of which inform her incisive original songs, serious & funny. As a solo artist, Sandy plays acoustic guitar and mountain dulcimer, but in collaboration doubles on bass guitar, harmonica, and baritone ukulele.  With her current singing partner, Stephen Lee Rich, their duo, Andina & Rich have two albums out: 2006’s “Because We Can” on Travenia, the title track of which was a Dr. Demento favorite, and 2010’s “Two Guitars, a Dulcimer and an Attitude” on DulciYodel — listed in 7 categories on the 2010 Grammy ballot and all 14 cuts of which have gotten airplay. Sandy is currently working on her second solo disc “Candy Apple Red Herring,” as well as the followup and holiday Andina & Rich CDs. She plays clubs, concerts and festivals all over Chicagoland, the rest of the Midwest, and occasionally Mid-Atlantic, mid-South, West and far West—as well as the Chicago Bar Association’s annual “Christmas Spirits” satirical musical revue. Check Sandy out at her website: www.sandyandina.com

2011 Recipient - Annette Conlon
Awarded for her songwriting, her artistry and her dedication to helping other artists in the community. 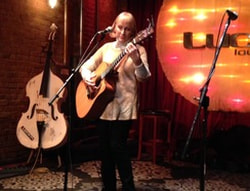 2010 Recipient - Kaye Reznick
Kaye Reznick was chosen for this prestigious award on this criteria:Kaye Reznick is a contemporary folksinger/songwriter, performing primarily in L.A.'s acoustic venues. Kaye creates stories containing a blend of family, a measure of protest, a pinch of love & lust, and a good portion of irreverence, and ALL in harmony, and she picks a sweet fingerstyle guitar too. Kaye represents the best of the spirit of Songsalive! We congratulate Kaye for receiving this Award and we look forward to rolling out our Songsalive! Songwriter Of The Year Award for future years.